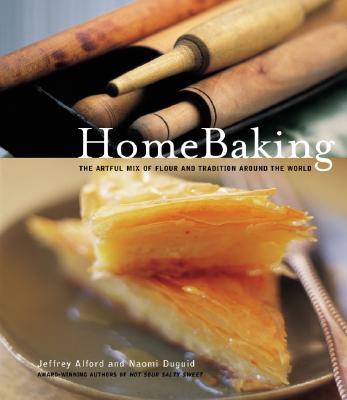 HomeBaking: The Artful Mix of Flour and Traditions from Around the World

Home baking may be a humble art, but its roots are deeply planted. On an island in Sweden a grandmother teaches her granddaughter how to make slagbrot, a velvety rye bread, just as she was taught to make it by her grandmother many years before. In Portugal, village women meet once each week to bake at a community oven; while the large stone oven heats up, children come running for sweet, sugary flatbreads made specially for them. In Toronto, Naomi makes her grandmother's recipe for treacle tart and Jeffrey makes the truck-stop cinnamon buns he and his father loved.

From savory pies to sweet buns, from crusty loaves to birthday cake, from old-world apple pie to peanut cookies to custard tarts, these recipes capture the age-old rhythm of turning simple ingredients into something wonderful to eat. HomeBaking rekindles the simple pleasure of working with your hands to feed your family. And it ratchets down the competitive demands we place on ourselves as home cooks. Because in striving for professional results we lose touch with the pleasures of the process, with the homey and imperfect, with the satisfaction of knowing that you can, as a matter of course, prepare something lovely and delicious, and always have a full cookie jar or some homemade cake on hand to offer.

Jeffrey Alford and Naomi Duguid collected the recipes in HomeBaking at their source, from farmhouse kitchens in northern France to bazaars in Fez. They traveled tens of thousands of miles, to six continents, in search of everyday gems such as Taipei Coconut Buns, Welsh Cakes, Moroccan Biscotti, and Tibetan Overnight Skillet Breads. They tasted, interpreted, photographed and captured not just the recipes, but the people who made them as well. Then they took these spot-on flavors of far away and put them side by side with cherished recipes from friends and family closer to home. The result is a collection of treasures: cherry strudel from Hungary, stollen from Germany, bread pudding from Vietnam, anise crackers from Barcelona. More than two hundred recipes that resonate with the joys and flavors of everyday baking at home and around the world.

Inexperienced home bakers can confidently pass through the kitchen doors armed with Naomi and Jeffrey's calming and easy-to-follow recipes. A relaxed, easy-handed approach to baking is, they insist, as much a part of home baking traditions as are the recipes themselves. In fact it's often the last-minute recipes—semonlina crackers, a free-form fruit galette, or a banana-coconut loaf—that offer the most unexpected delights. Although many of the sweets and savories included here are the products of age-old oral traditions, the recipes themselves have been carefully developed and tested, designed for the home baker in a home kitchen.

Like the authors' previous books, HomeBaking offers a glorious combination of travel and great tastes, with recipes rich in anecdote, insightful photographs, and an inviting text that explores the diverse baking traditions of the people who share our world. This is a book to have in the kitchen and then again by your bed at night, to revisit over and over.

Jeffrey Alford is a writer and photographer based primarily in northeast Thailand and Cambodia. He plants and harvests rice each year; helps raise frogs and several varieties of fish; and happily struggles along in three languages: Central Thai, Lao Isaan, and Northern Khmer. His forthcoming book, to be published in 2014, is tentatively titled How Pea Cooks: Food and Life in a Thai-Khmer Village. His earlier books, all co-written with Naomi Duguid, are Flatbreads and Flavors;HomeBaking; Seductions of Rice; Hot Sour Salty Sweet; Mangoes and Curry Leaves; and Beyond the Great Wall. Jeffrey is currently developing a series of intensive culinary tours through northeastern Thailand and western Cambodia (the Angkor Wat area) under the name of Heritage Food Thailand.

Naomi Duguid is a writer, photographer, teacher, cook, and world traveler. Her most recent cookbook, Burma, brought news of a long-forgotten part of the world and was winner of the 2013 IACP Cookbook Award for Culinary Travel and the Taste Canada Food Writing Award. Her previous award-winning titles, co-authored with Jeffrey Alford, include Flatbreads & Flavors: A Baker’s Atlas, their first book, which won a James Beard Award for Cookbook of the Year; Seductions of Rice; Hot Sour Salty Sweet, also a James Beard Cookbook of the Year; Mangoes & Curry Leaves; and Beyond the Great Wall.

Duguid’s articles and photographs appear regularly in Lucky Peach, Food & Wine, and other publications. She is a frequent guest speaker and presenter at food conferences. She is the host of Toronto’s Food on Film series and has a strong online presence (Twitter and Facebook). Her stock photo agency, Asia Access, is based in Toronto, where she lives when she is not on the road. 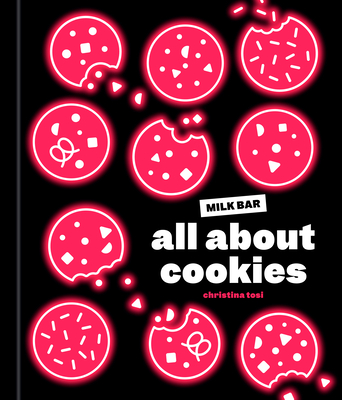 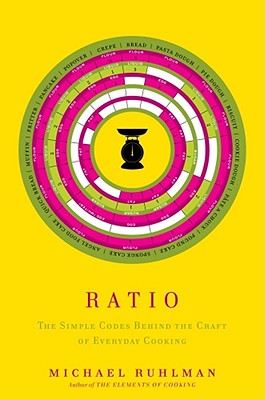